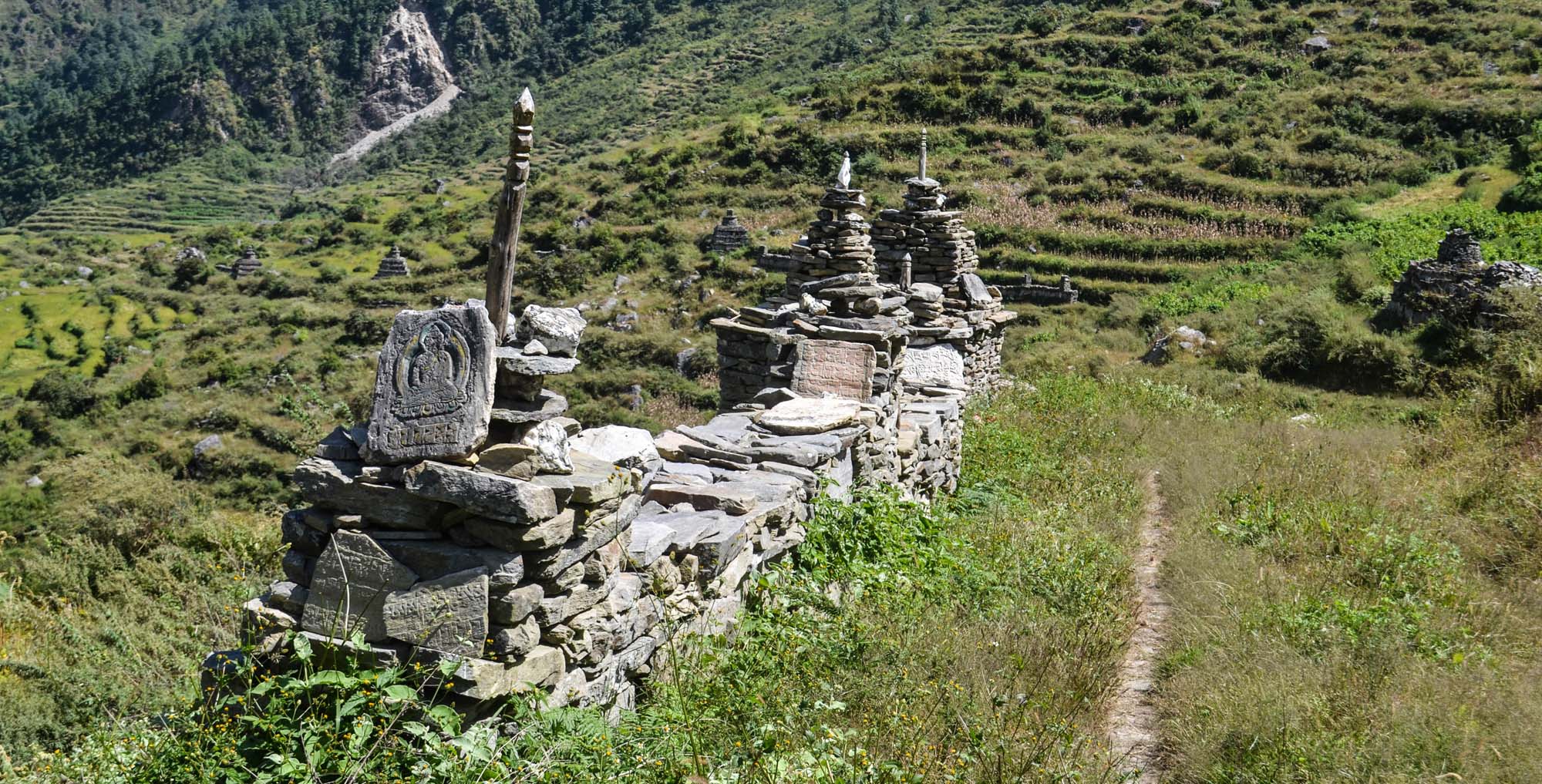 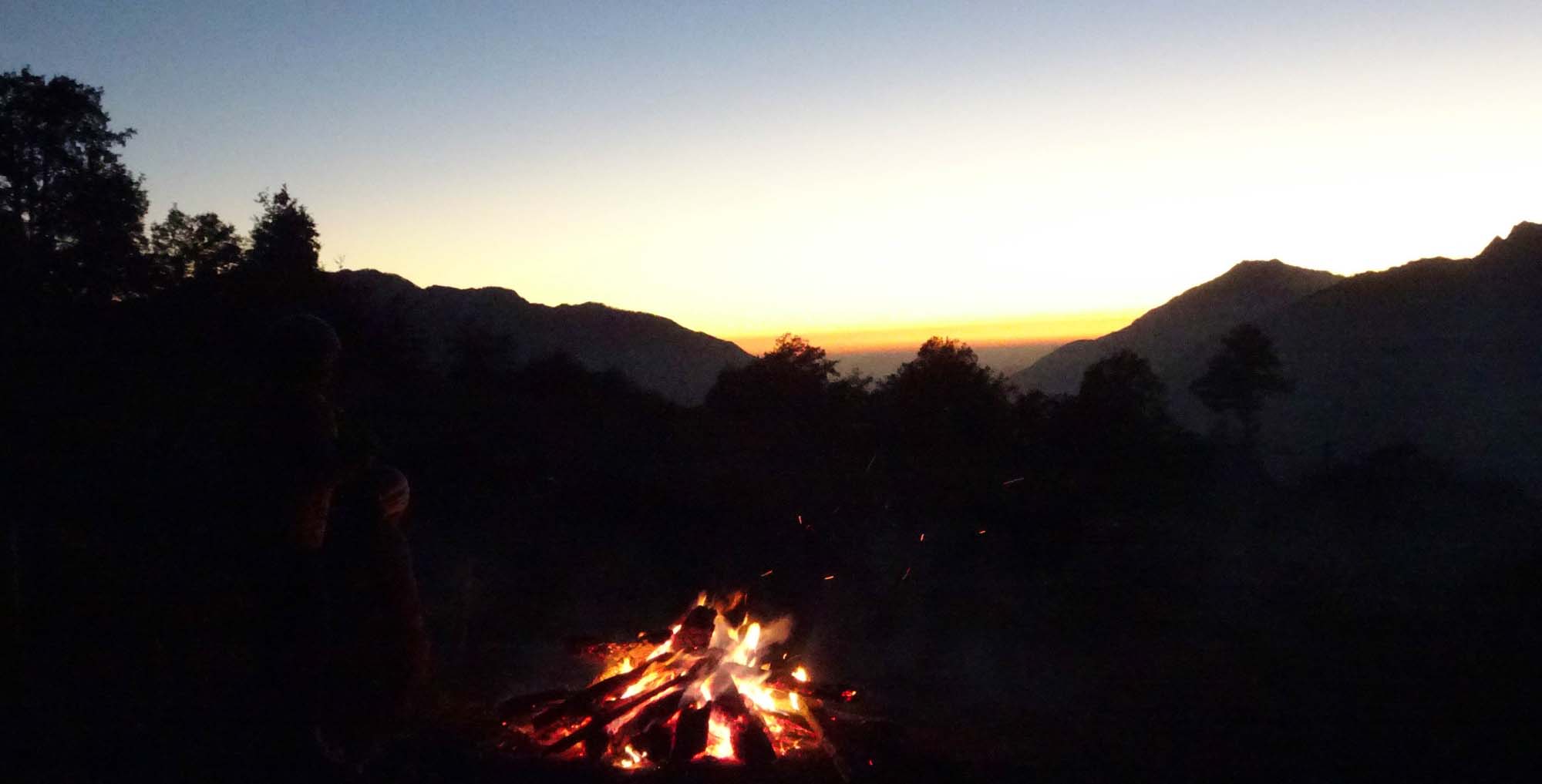 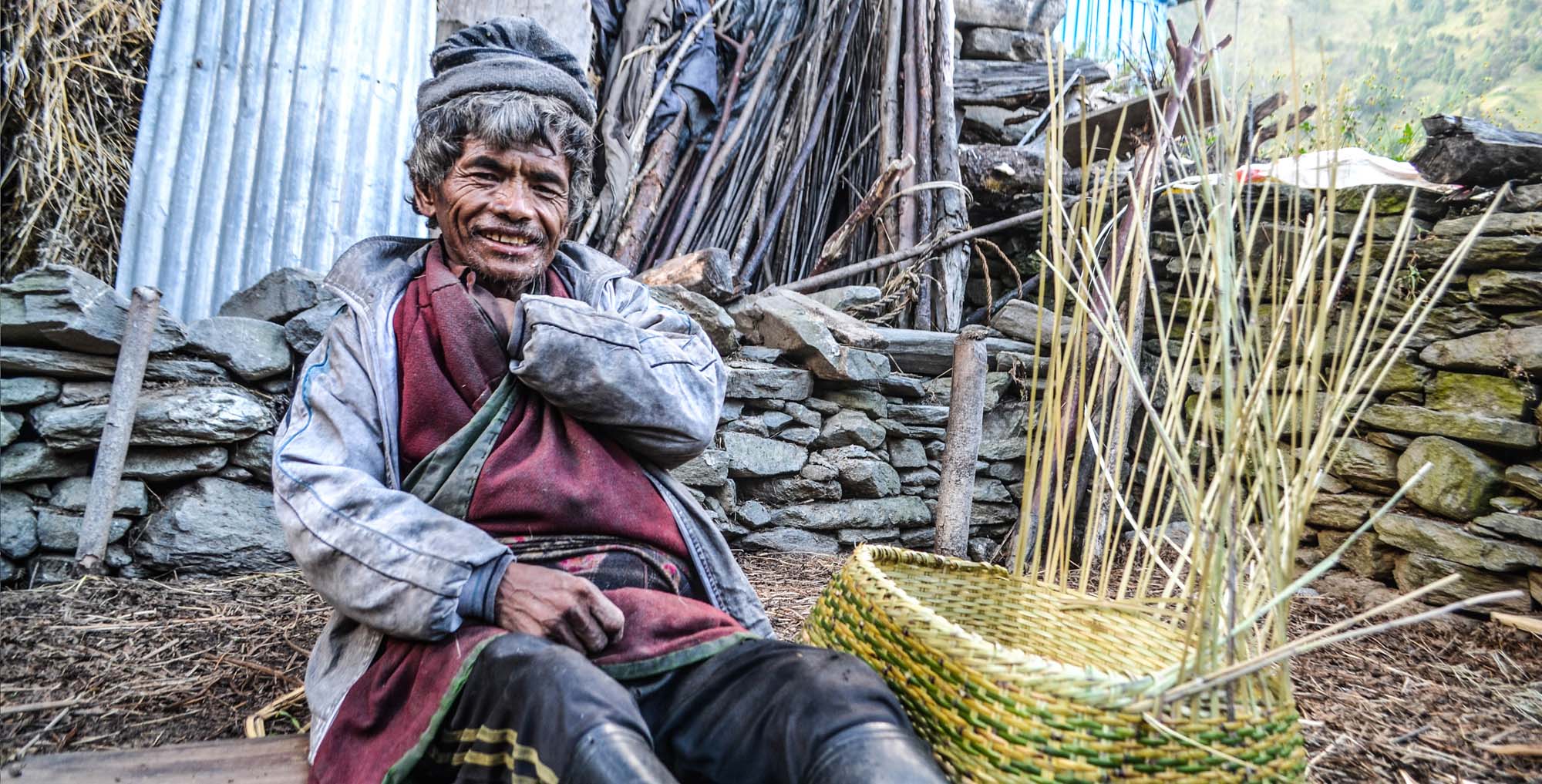 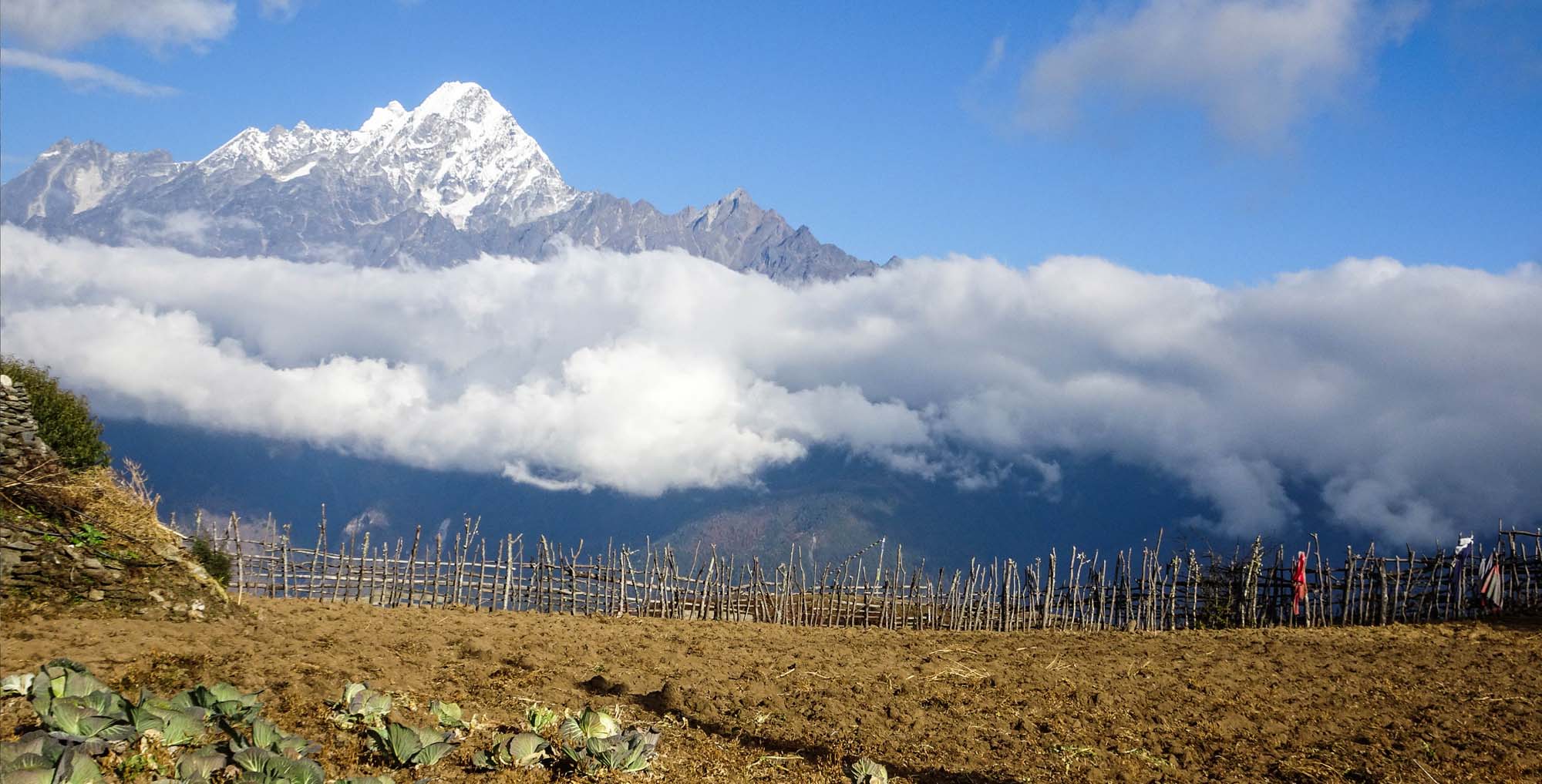 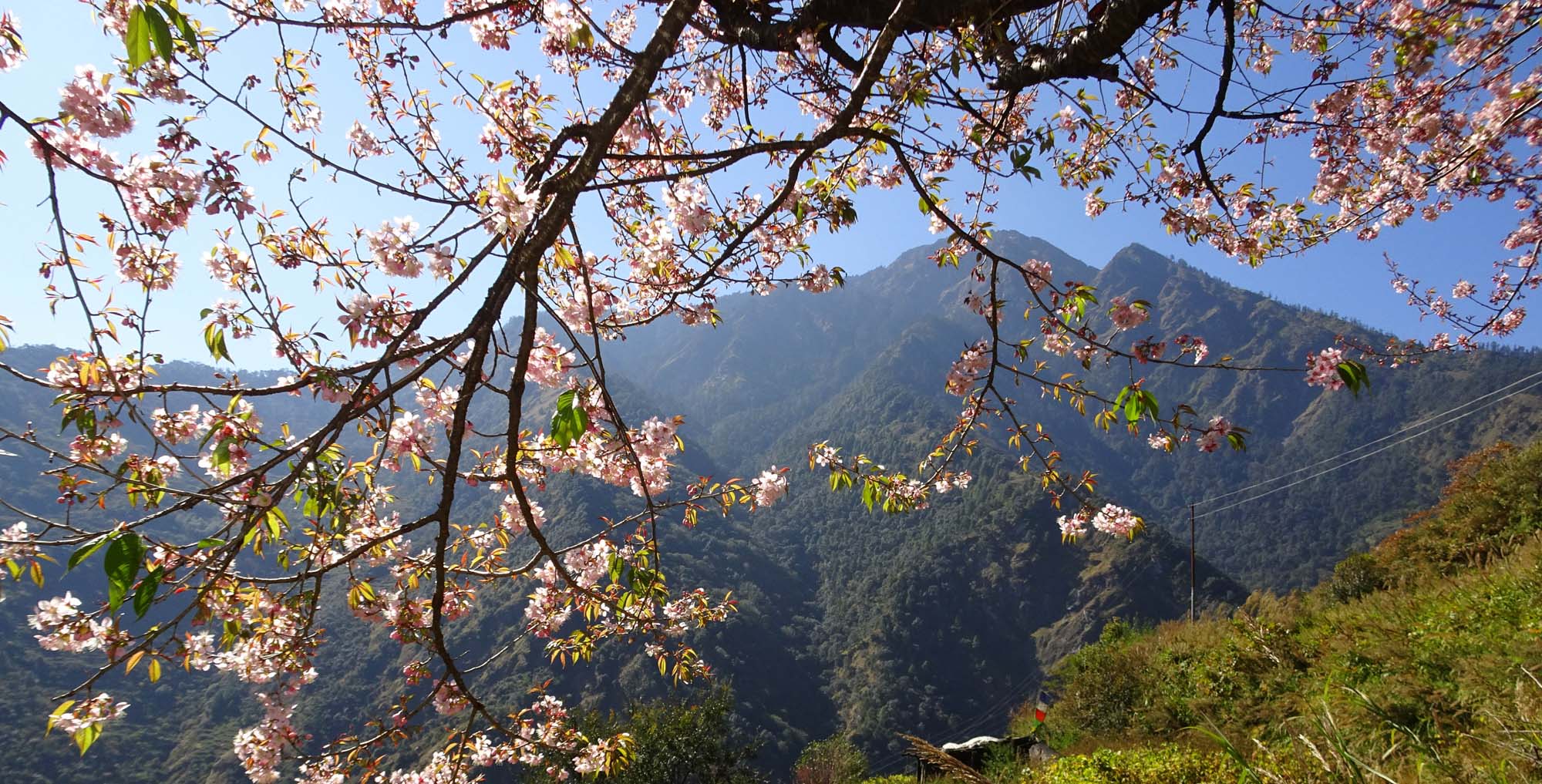 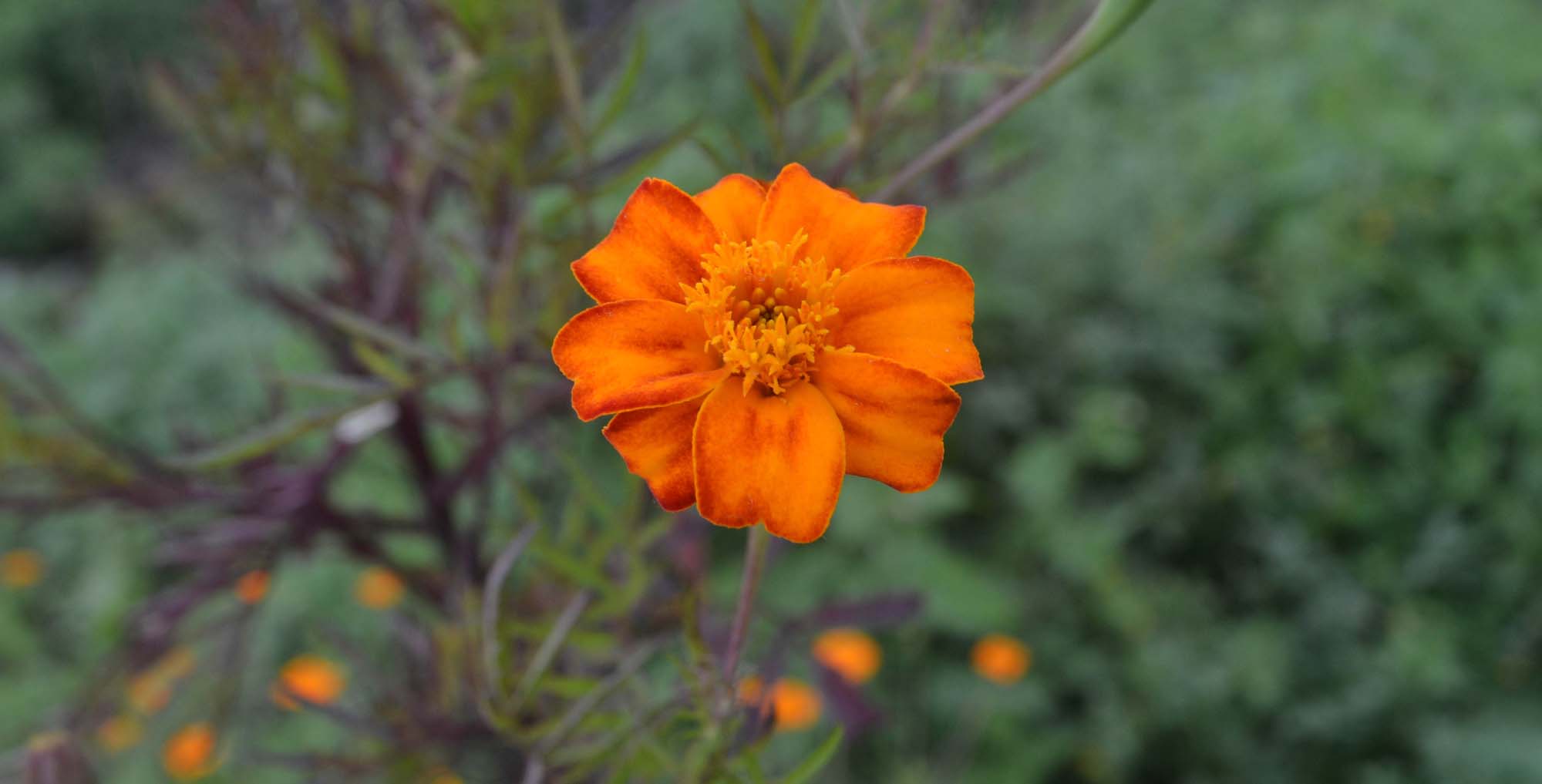 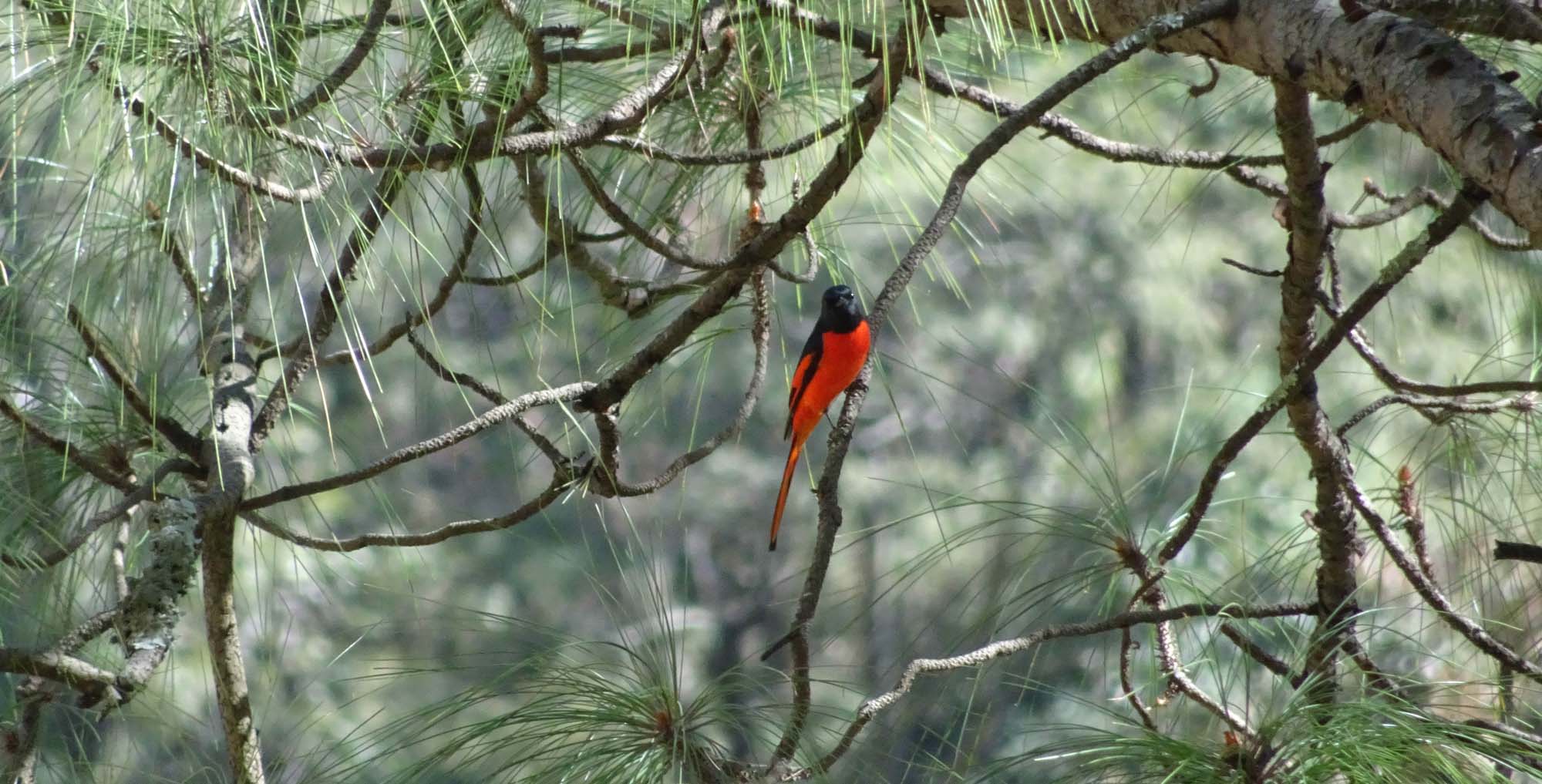 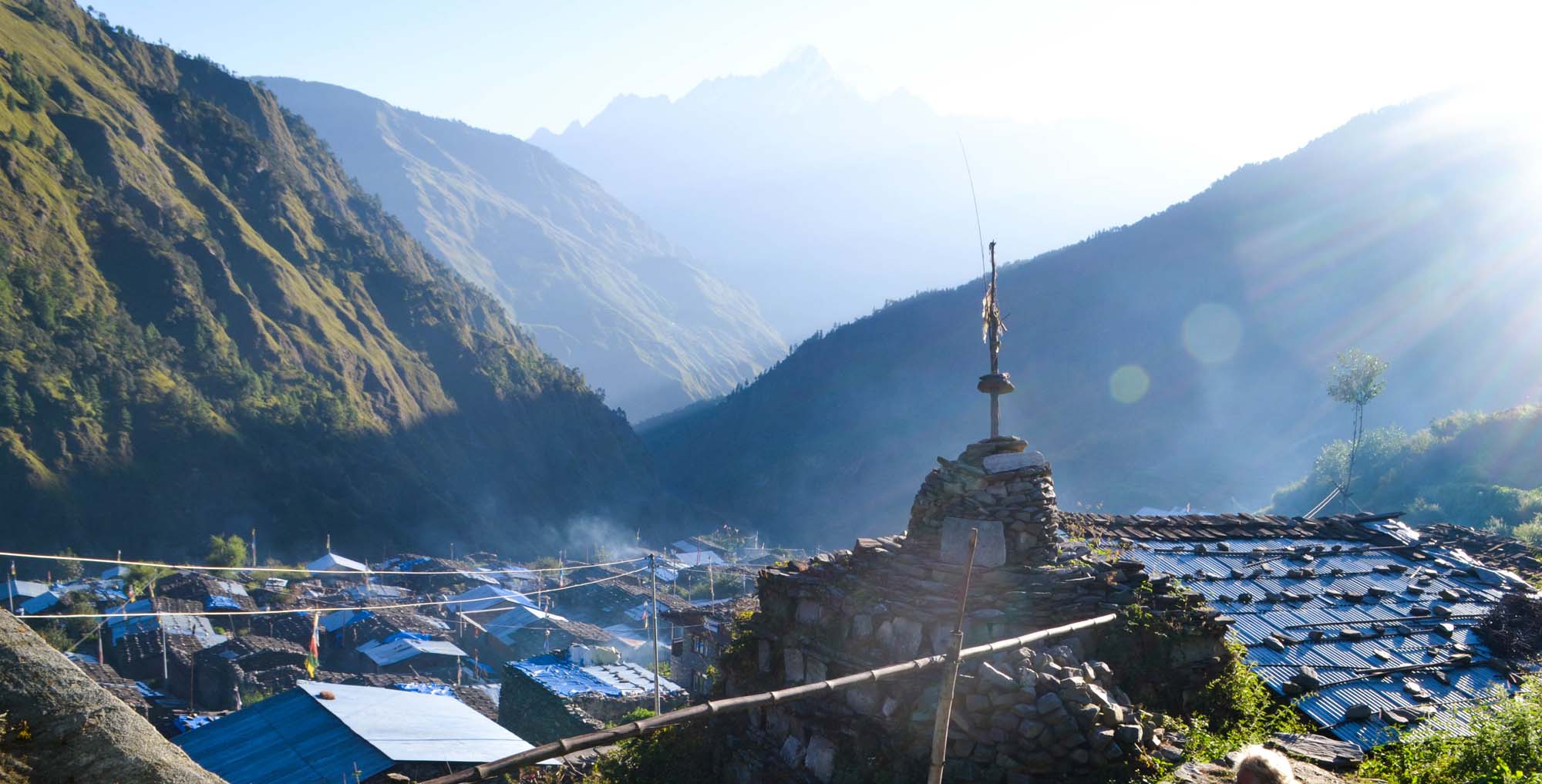 “Explore the sacred Tibetan culture as you walk the wild terrains of the Tamang Heritage Trail.”

Tamang Heritage is an emerging trekking destination with a less crowded trail that was opened in 2015 for the village tourism project. This trekking area is influenced by Tibetan culture lies in the Rasuwa district bordering Langtang Valley. This trek can be done in 4 to 5 days. Gatlang and Thuman are the most beautiful villages with rich in culture and ancient wooden crafts. Besides the village, there are other tourist attractions places like Tatopani for hot spring and Nagthali for the panoramic view of Manaslu Massif, Ganesh, Langtang, and Jugal Himal.

The Tamang Heritage trail takes you through the verdant midlands of Nepal exploring the beauty of this mountain region and the culture of the people who live here. The trail passes through traditional Tamang villages’ life, culture and crafts have remained unchanged since the beginning of the settlement. Warm traditional welcome hosted by the locals, their elaborate costumes, the rich architecture of their mountain houses, and the ancient monasteries lured so many visitors.

The Tamang people were originally Tibetan horse traders who used to migrate back and forth between Tibet and the lowlands of Nepal. They are considered one of the oldest tribes of Nepal, with roots tracing back to the ancient people of Mongolia. Your trek takes you through alpine terrain, meadows, and Rhododendron forests, taking in soaring views of high peaks.

Upon your arrival at the Tribhuvan International Airport in Kathmandu, you will be welcomed by a representative of the Himalayan Wander Walkers. You will be checked into your hotel. You will meet our trekking operator for a briefing about the entire trek on this day. You can either rest or hang out around a famous tourist area in Kathmandu, Thamel.

Overnight at the hotel set with BB plan.

There’s an early morning departure today, as we join the road that heads northwest through Balaju. SyabruBesi is the initial point for trekking in Langtang valley. It takes about 7 to 8 hours’ drive to cover 117 km from Kathmandu to SyabruBesi. En route, we can enjoy the scenic views of the mountain and rice terrains. Syabrubesi bazaar is cramped with lodges and hotels.

Hope you had a good sleep because today is going to start with a long climb. For around 2 hours you’ll be ascending up a slew of switchbacks that mark the beginning of our foray into the trail. It’s all worth it when you reach a vantage point with views of Ganesh Himal, the Gosainkunda range, and Langtang Lirung. Along the trail, you’ll see numerous Buddhist Chortens and mani walls, which all add another dimension to this picturesque landscape. After descending for around 45 minutes we’ll reach the little Tamang village of Goljung, where we’ll stop for lunch. There’s still 2.5 hours until we reach today’s destination, another Tamang village called Gatlang (altitude of 2238m). Besides its obvious cultural richness and stunning location, Gatlang also boasts a 100-year-old Tamang monastery and the secret lake, Parvati Kunda. Legend has it that this lake was discovered in ancient times while the King of Gatlang was on his way to find a missing hunting dog. It is now revered by women for its apparent powers of fertility. You’ll reach each of these landmarks after a 45-minute uphill walk.

Are you ready? Today is commonly known as “the toughest day of the trek”. But the rewards far outweigh the grueling bits. Descend gradually along the ridge to the Bamdang Khola, which turns north along the Chilime Khola until you reach the town of Chilime (around 2 hours walking). After crossing a suspension bridge (always fun) you’ll begin an arduous climb of around 450-meters to the village of Gongang. It’ll take around 1.5 hours of steep uphill climbing but there’s a lunch break on arrival. The next section is much less physically strenuous, as you continue the ascent for around 2 hours until you reach Tatopani (2607m).

As you pass through an incredible rhododendron forest clinging to the side of the mountain, the vines and moss-covered trees give your environment a real “prehistoric” feel. Although, instead of dinosaurs you’re more likely to encounter troops of Grey Langur Monkeys. Further on, we reach the village of Brimdang, before continuing up the side of the highest and steepest part of the trail. One ridge after another offers better and better views of Ganesh Himal to the west and the Langtang range to the east. The ridgeline ends atop the open grasslands of Nagthali Hill, approximately 45 minutes from Brimdang.

After your breakfast, hike to Taruche where you will see jaw-dropping views of Langtang Lirung, Kerung, Ganesh Himal, Shishapangma on the Tibetan side; while before you the Sanjen Ranges open up. No wonder the hill served as a perfect place for meditation and contemplation for monks. Spend as long as you’d like here, taking in the views and enjoying the sense of accomplishment. Then it’s time to descend approximately 900-meters through deep woodlands to Thuman, which faces the Shisapangma and Langtang Lirung peak. A distinct Tibetan influence can be felt in the village with its Shamanistic beliefs, ancient monasteries, and houses covered in woodcarvings.

Today we pass through rhododendron forests and meadows to reach the Tamang village of Briddim, located in the heart of the Langtang Himal. It will take over 2 hours of uphill walking. Briddim marks the end of the Tamang Heritage Trail and is often a highlight for many of our travelers. Here you will get to experience a homestay with a local family, sleeping overnight in their comfortable wooden home. You’ll get a richer understanding of the culture here and share stories with your host.

Continue along the trail through the hilly region of Khangjim and Sherpagoan, learning about the rich culture of the Tamang and Sherpa communities along the way. After trekking down through a pine forest and bushes lead toward Syabrubesi.

Seven hours of driving through the serpentine road enjoying the pleasant views of Majestic Mountain, cascading waterfalls, paddy fields, and woods will take us to Kathmandu. We will be conveyed back to our hotel where we will enjoy the evening dinner and head towards our comforting beds.

Overnight at the hotel set with BB plan.

Three meals a day; breakfast, lunch, and dinner during the trek

All the International airfare from and to Kathmandu

All meals and accommodation in Kathmandu

Guiding, Food, and Lodging
In Nepal, all trekking supplies - Teahouse trekking means staying and eating in local lodges. We stay in single rooms where possible, but often you will have to share. Rooms are basic, normally just a bed with a pillow, blankets. A few have electric lights and all have a spacious dining room-lounge. We eat at teahouses and, although the food is usually plentiful and delicious, the menu is not extensive. They offer a variety of potatoes, rice and noodle dishes, as well as soup and seasonal vegetables. Beers and local spirits are often available, but that will be at your own cost. A variety of cereals, bread, and egg dishes are generally available for breakfast. There are also snacks available such as basic biscuits, chocolate, and soft drinks and in some areas, you will find fresh fruit in season. It is normal to meet your porter in the teahouse where you will stay overnight. So, pack your necessary things in your own day pack.

Although we generally adhere to the schedule, the itinerary is subject to change for numerous reasons beyond our control, including weather and terrain conditions, suitable campsite availability, and the group's general fitness level. It is important to understand that our trek is logistically complex and it is not unusual that adjustments be made. Our guide will orient you each evening to the following day's plan; their good judgment is the key to the long history of successful treks that Himalayan Wander Walkers has led till now. Please remember that our ability to make adjustments as needed helps to ensure that your trek is successful.